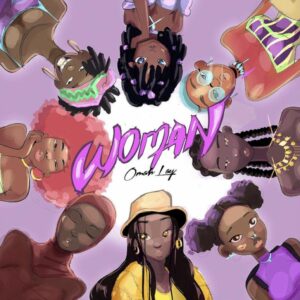 Will you be listening to Omah’s debut album, “Boy Alone,” when it drops on June 24th?
Omah Lay has a new single out via SIRE/Warner Records called “Woman,” which has the Nigerian singer’s lovely voice floating over smokey production, a pounding beat, and sensual sound textures.

On the chorus, he says, “Say whatever I do is for my girlfriend (Ah ah ah) / Anything at all wey you talk I go do am (Oh oh oh).” “I don’t see another female for my visuals (Eh eh eh) / Love you, loving you na hin my routine (Ah ah ah)”
The new song comes after Omah’s duet with Justin Bieber on “Attention,” as well as another solo release, “Understand,” all of which are set to be released this year.