Hailey Bieber wants to expand into fashion and beauty like Rihanna

She actually got into the modeling industry because of this

The 22-year-old model – who is the daughter of actor Stephen Baldwin – is keen to follow in the footsteps of the singer turned fashion designer and cosmetics mogul.

‘I would love to get into designing clothes. I love clothes!’ said the blonde beauty. ‘That’s actually one of the main reasons I got into the modeling industry.’ She added, ‘I also want to create comfy athleisure. I love what Rihanna is doing. I think she’s incredible, and her line is great. I also love the Olsen twins.

‘I’ve been a fan since the days of Passport to Paris. It’s the same kind of thing I want to do – make stuff for myself, and if people gravitate toward it, brilliant.”

And Hailey – who is married to Justin Bieber – loves being independent and has been since she was ‘really young’, always wanting to make her own money to fund her own lifestyle.

SEE THIS ALSO:  Justin Bieber Wants To Spread A Message Of Hope With "Hold On"

Speaking to the March issue of Elle magazine, she added: ‘I’ve always been super independent since I was really young. When I moved out, I was like, Bye guys! See you later!

‘I started modeling and made enough money to pay the rent. I was like, Okay, cool. If this is going to work for me, I’m going to stick with it, because I enjoy making my own money and living on my own.’

She also talked about being married to Bieber.

The Sorry singer developed health issues, which caused them stress and delayed their formal church wedding in front of family and friends (the nuptials eventually took place in September 2019 in South Carolina).

But the 23-year-old blonde beauty told Elle that it was all worth it because ‘he’s an incredible, amazing man and such a good partner to go through life with.’ 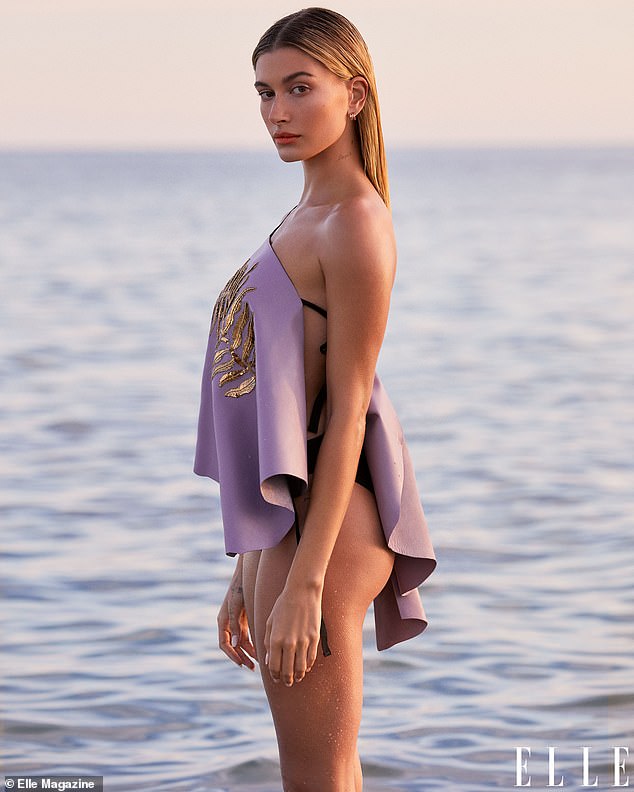