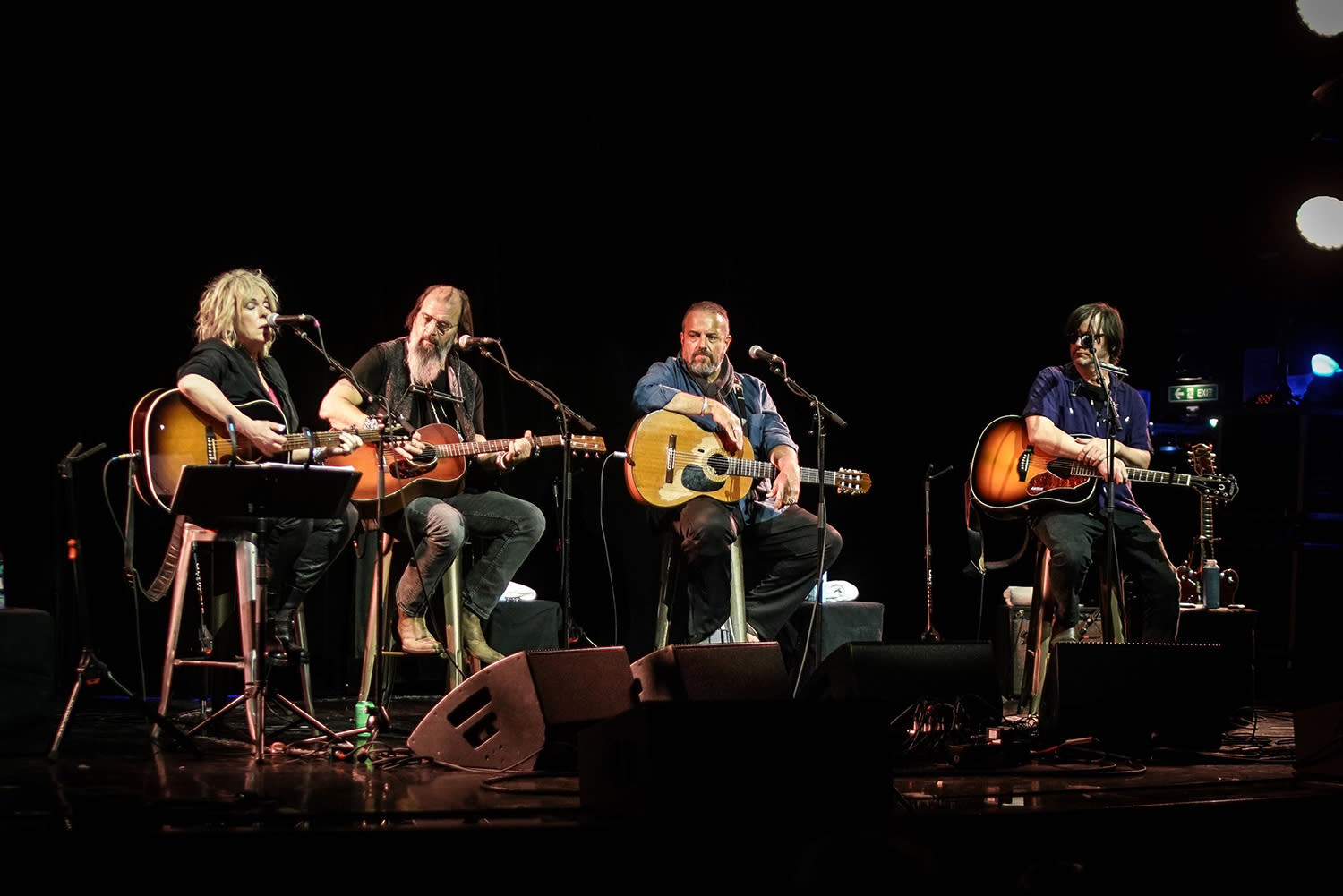 Each artist sang three songs, including new material from Williams (“Big Black Train,” the Trump-skewering “Man Without a Soul”) and Earle (“The Mine”), who also paid tribute to late songwriter David Olney with a rendition of his “Saturday Night and Sunday Morning.”

The writers round concluded with a sing-along of “This Land Is Your Land,” written 80 years ago this month in New York. Earle led the group in Woody Guthrie’s iconic folk song and updated a verse for today’s mind-boggling times. “As I rambled, I saw a sign there, and on that sign says, ‘Trump Tower,’” he ad-libbed, “but on the other side, it said, ‘Made in China,’ yeah, maybe Russia, let’s just wait and see.”

The full performance of the guitar pull will premiere on Steve Earle’s Hardcore Troubadour Radio show on Sirius XM Outlaw Country (Channel 60) this weekend, beginning Saturday at 9:00 p.m./ET. (It also airs Sunday through Wednesday at various times and is available for streaming on-demand.)