Ime Bishop Umoh popularly known as Okon is a famous Nollywood comic actor, master of ceremony, television personality and a comedian. He has been described as one of the most funniest actors in Nigeria. He is well known as one of the most popular Nigerian comic actor in Nollywood. He was born on 15th July 1981 in Ikot Nsit-Ibom, Akwa Ibom State in the south southern part of Nigeria. He is currently 40 years old.

In 2011, Ime Bishop became a public figure after starring in the Nollywood blockbuster movie “Okon Lagos” a movie that was produced by Emem Isong and gave him the nick name “Okon” which some people thought was his real name. According to him, it was the popular movie producer Emem Isong that gave him the role that brought him to limelight. In 2007, Ime Bishop joined the Nigerian movie industry popularly known as Nollywood and started attending movie auditions and acting as minor character in movies. In 2008, Ime Bishop rose to fame after acting in the Nollywood blockbuster movie “Uyai” which is an indigenous movie produced by Emem Isong.

Ime Bishop has acted in more than 150 Nollywood movies which include Uyai, Okon Goes to School, The Boss is Mine, Silent Scandal, Okon Lagos, Okon the Driver, Okon on the Run, Okon and Jennifer, The Head Office, Vulcanizer, Jump and Pass, The Champion, Udo Facebook, The Place, Edikan, Udo Facebook, etc. Ime Bishop is one of the most gifted, most skillful, most creative and most talented actors Nigeria has ever produced. His hilarious and comic style of acting creates a lot of amusement and comic relief. Whoever that sees him in person will know that this award winning comic actor is a natural born comedian. He is very funny and always makes people happy with his comic behavior.

Ime Bishop is currently a brand ambassador for GLO Nigeria. In 2016, he was appointed as a special assistant to the Governor of Akwa Ibom State, Udom Gabriel Emmanuel on Ethical and Social Reorientation. According to him, his role model is Nkem Owoh. He acts mostly on comedy movies alongside with John Okafor, Chiwe Ntaluagu, Charles Inojie, Dede One Day, Victor Osuagwu, Charles Awurum, Nkem Owoh, Funke Akindele, Mercy Johnson and other top Nollywood comic acts. Ime Bishop is currently married with two beautiful kids.

He met his wife “Idara Saviour” at a wedding ceremony in Uyo, Akwa Ibom State, Nigeria in which he was officiating as a master of ceremony (MC). On 17th October 2013, Ime Bishop got married to Idara Saviour at the Insight Bible Church Uyo, Akwa Ibom State in the south southern part of Nigeria. The wedding was a hot cake which took place in Uyo, the capital of Akwa Ibom State, Nigeria with many celebrities and dignitaries in attendant. The marriage is currently blessed with two lovely kids. Ime Bishop is currently one of the richest and most influential actor in Nigeria with an estimated net worth of $500,000. 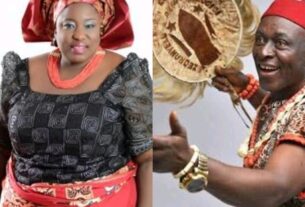 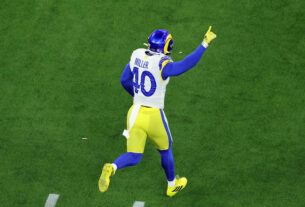 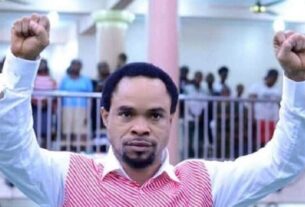 As the Anambra government demolishes his church, Prophet Odumeje is mercilessly beaten.